Clement & Schneider proudly presents New York based artists Polly Apfelbaum and Stephen Westfall with their first joint two-person show. They have been friends for more than 30 years and together they participated in many group shows before. Now their long lasting conversation will be transferred to an intense dialogue of their works for the very first time. Stephen Westfall, whose work was already shown at Clement & Schneider together with German artist last year, describes his relation to Polly Apfelbaum:

“I first met Polly Apfelbaum and wrote about her work in 1982.  I was a studio painter and she was working with graphic media and found materials, but we both shared a belief that the geometric sign was anything but pure.  To the contrary, it is loaded with referents, abject, comedic, as well as transcendent.  In fact the possibility of the transcendence it often aspires to is dependent on an acknowledgment of its worldliness. It is, after all, a human creation.  We fell into a conversation that has lasted over thirty years.  When we’re in the same country we can call, text or email several times a day.  Sometimes it’s about a book or film, though it’s often about an exhibition. Behind it all is a shared love of structure and color; a sense that “formal” doesn’t mean detached from feeling; that narrative needs taut ambiguities to stay interesting; that specificity in materials and color is desirable, while literalism in narrative content is not; that repetition and pattern yield significant mutation and evolution; that the small can become big and that large can be intimate; that irony inheres in memory and history and can be celebrated even as it casts a cold light on naivety; that beauty is not accidental; that joy is smart and open-eyed; that the transformative seeds of high art can take root in the vernacular; that mirth is rigorous and a reason for living.

At least this is my take, I wouldn’t presume to speak for Polly.  But I know we love Shirley Jaffe, Navajo rugs, Italo Calvino, George Perec, Agnes Martin, Ellsworth Kelly, Blinky Palermo, Mary Heilmann, Josef Hofmann, Cosmatesque floors, the Feelies, Yo La Tengo, Matisse, Mondrian, Hilma af Klint, Corbusier, the resurgence of ceramics in contemporary art, and more, because we tell each other so all the time.  We’ve been in group exhibitions before but this is the first 2 person show we’ve done together.  It seems long overdue.“ 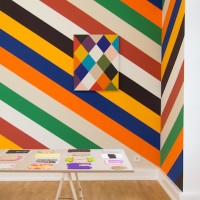 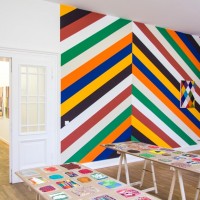 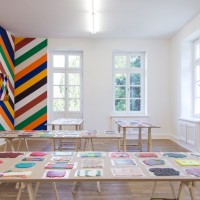 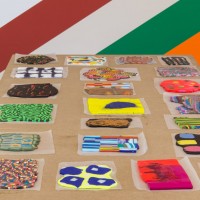 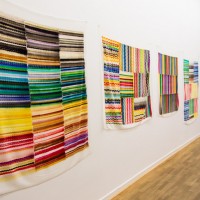 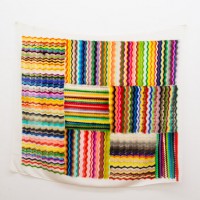 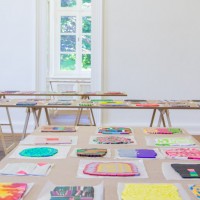 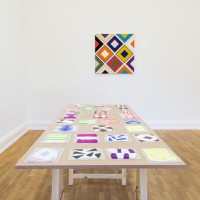 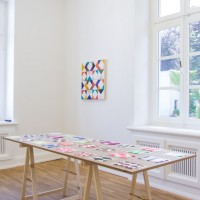 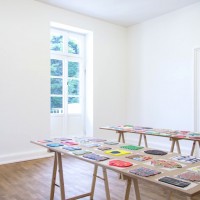 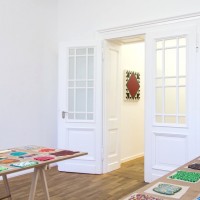 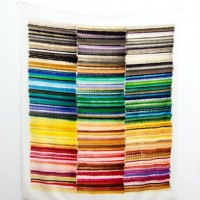